I have a long history of ‘dating’ furniture and other adornments for my home before buying them. Before buying my coffee table, as an example, I spent about 4-5 months looking at coffee tables all across the city I live in. I wanted to get a sense of different styles, sizes, materials, and prices before deciding on the piece that I ended up purchasing. The same is true of almost all other major pieces of furniture and electronics that I own. In effect, I spent a lot of time searching for beautifully designed and highly functional items.

For the past three or four weeks, I’m been looking to get a single statement piece for a chair in my living room. I’m in a small space and, as a result, I’m going to see the given accent piece multiple times a day: I want each viewing to be enjoyable. Several weeks ago, I’d found the pillow that I knew was perfect for the chair but held off purchasing it to evaluate other options and explore more possibilities. Before choosing something that was going to reside with me for years I wanted to be certain there wasn’t anything else that was superior or competitive.

When I went to get that perfect pillow this weekend…it was sold out. Limited run, so unless I can find it second hand I’m going to have to just continue the search. Which is fine; there will be another accent piece that will fit that chair. But I’m going to regret not moving more quickly on it for a while.

I think that, when done by ‘normal’ people, the pickiness I personify is probably what drives a lot of minimalist homes. I think of people like Steve Jobs, who famously refused to purchase furniture that didn’t appeal to his design aesthetics. And in watching, and listening to, people who live ‘minimalist’ lives a key element of their very being focuses on neither wanting a lot of things nor wanting ugly things; that which they own should bring joy to their lives, and that which wouldn’t bring joy should be eschewed so they can concentrate on that which is joyful.

There are lots of reasons why people abstain from minimalism. But at least one is likely linked to being taught that it’s not ‘right’ to live in semi-furnished environments: you should be filling your home with all the pieces that society designates as ‘normal’ as soon as you move in. The actual ability to furnish homes so quickly, and frankly so cheaply, is made possible both because of low credit rates and ‘fast’ furniture: think budget IKEA pieces and other stores’ furniture that looks beautiful…until scratched to reveal the particle board (or other cheap materials) underneath. Forty or fifty years ago it wasn’t strange for people to sometimes wait years before they acquired all of the furniture for their home, much of which was well built and could be passed along to another generation.

Minimalism, contra to that past era, is arguably less about passing things along to the next generation.1 But it is about waiting, patiently, until the right pieces are available at the right time. And to find a piece of furniture you need to spend time looking: it’s not as simple as walking into any store’s showroom and picking up the pieces that you want. Minimalism involves caring about what is coming into a home and proactively being involved in genuinely looking for furniture, accents, or other things you will be living with for years to come. And that very act of slowing down and acting deliberately is what makes the hunt for pieces that come into my home both meditative and frustrating. Meditative because it forces me to slow down and move more deliberately and carefully. Frustrating because I’ve become so used to getting whatever I want, as soon as I want it. Minimalism is, in some ways, a call back to a past that isn’t that long ago, and certainly isn’t lost forever.

While I’m still keeping my stuff in Apple Notes — a problem I had with the app functionally being unresponsive was addressed a few point updates ago — I remain tempted to switch things over to Bear so I can work in Markdown. Michael Tsui has a nice summary of how to transfer notes out of Apple’s product. The caveat is that there’s no way to export attachments, which makes this export method a non-starter for me, personally.

Unlike every other week, I only have a single photo this week, from Peter Baumgarten. His photo is amazing. But what was even more inspiring to me was his discussion of what went into making the photo: shots like this are the result of a bunch of work and a dash of luck! 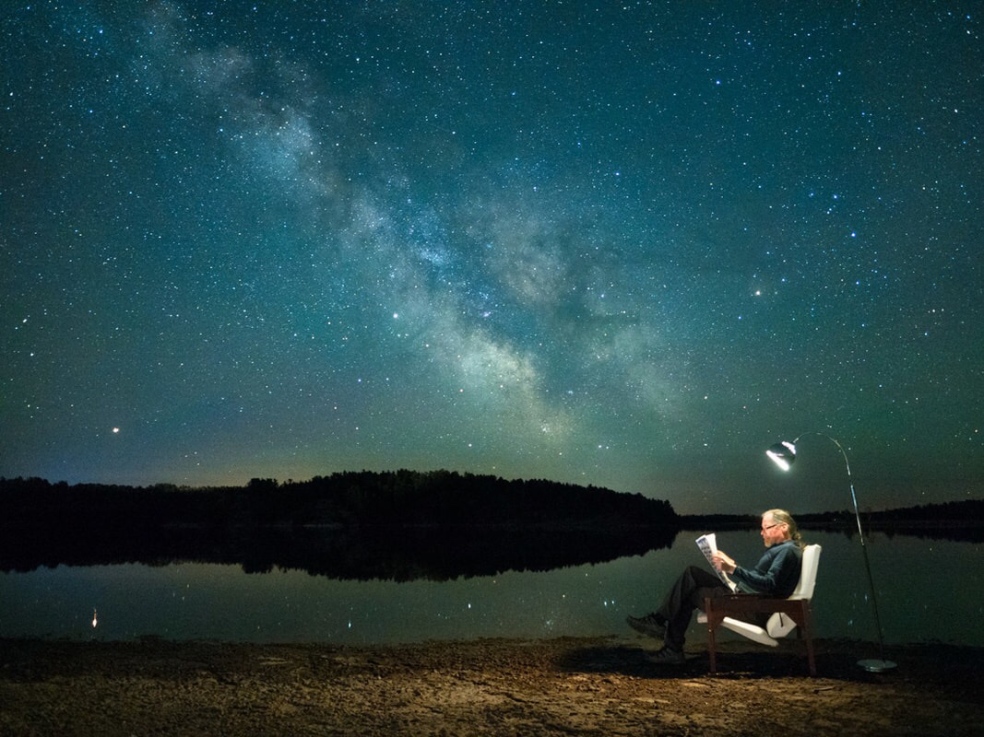