I was listening to ‘Tips from the Top Floor’ this week and, in response to the question of where a listener should consider posting their photos online, Chris Marquardt launched into a good series of questions about why people share news, photos, and other media online. Is it to draw attention to things? Is it to generate likes? Is it to elicit feedback? Or is it for some other reason?

It’s not the first time that I’ve thought about why I, personally, produce and share materials. And there are very different reasons for how and why I write and share in different mediums. Some venues, like Twitter, are where I and my professional colleagues tend to share information with one another while also engaging in (limited) conversations. My professional website, today, is a space where I publish mostly- or totally-complete work to make it accessible to colleagues who are interested in my longer-form materials. My personal website, Excited Pixels, is largely for me: I write, and collect information, because doing so helps me think about the issues and products that I find interesting or noteworthy. I’d be lying if I said I always shared or linked material here that I thought was interesting but my goal is to at least have some material to go back through.

Other places, like Flickr when I used it, was where I stored my photos in the case of a serious data disaster like a hard drive crash or house fire. Earlier social networks were really used to share information with my friends (as opposed to colleagues), though I’ve largely stopped publicly writing about deeply personal or day-to-day content at this point.

There was one major new social network service that I regularly used last year: Instagram. It was very, very helpful in forcing me to take more photos and get a lot more comfortable with my cameras and some basic editing software. I can see a difference in the photos I take a year later but, equally as important, I can get the kinds of photos I want faster because I understand my gear a lot better today. I did enjoy looking at really amazing photos on a regular basis but found that the site both takes a lot of time, in part because the almost daily curation of content was a pain in the bum. Furthermore, the time that I spent there meant I wasn’t spending time elsewhere, such as here, or engaging in any number of other pursuits.

This year my ‘new’ social network to try out is micro.blog. And to be honest I don’t know exactly what I think about it. As a plus, the people who are currently using it produce a lot of signal and not a lot of noise, and the blogging tends to be more personal than is common today. It feels like a community of people who have, and are, coming together. It’s a new network and so there are UI things that are still being developed, and the actual way that it works remains a borderline mystery to me,1 but it’s interesting to watch. And why do I post there? I…don’t entirely know. In part because I’m curious to see how the network develops: it’s sort of like watching Twitter, back when I joined, but where most of the users are more mature and self-aware and mindful of what is being posted.

I’ve always tended to delete almost as much content as I post, not so much because I self-censor2 as because I want to be careful and mindful in what I permanently add to the Internet. One of the benefits of blogging in different venues since the early aughts is that I lived through the blowback that can arise when the stakes were relatively low and consequences minimal. That’s less the case today as a result of the memory of the ‘net combined with the speed at which errors can spin out of control. What once could be forgotten, even online, is now likely semi-permanent at best, and the speed at which an error can go viral, today, is unlike almost any other time in history. Still, the questions raised by Chris apply as much to text-based social media and content production and sharing as they do to photography. It’s helpful to be reminded periodically that the best content is that with which we deliberately engage.

Related to photography, one of my personal goals for this year is to print more of my stuff! The last time I did a lot of printing of my own material was in 2016 and I really want to refresh my frames!

There are a few different ways I’m planning on making my photos a little more physical. First, I’m going to be printing a ‘best of’ album for 2017. I imposed a 50 photo limit to make me cull, cull, and then cull a lot more. In my initial analysis what’s most striking is that while I might not think that the photos are necessarily the best technical shots I took, they all possess similar kinds of tension and drama. So over the next few months I think that I’m going to consider what went into getting the ‘best of’ shots and then seeing if there are interesting or novel ways to better fill my shots with more drama.

Second, I’m going to be printing a bunch of photos on canvass for the first time! At the moment I’m thinking I’ll try printing a bunch of 8×8” black and white photos and, above them, 2-3 much larger colour prints (likely in gold frames) to draw some contrast on the empty wall that I have available to me.

Third, I’m going to probably print a bunch of 4×6 shots for the purpose of sending them to family members. I’d like to include a short message on each of the photos; it gives a nice thing to put up on a fridge or wall3 and also a physical artifact with my thoughts about the recipient or whatever is on my mind at the time. I’d actually intended to print and send these to my dad and stepmother last year, in an effort to start repairing our relationship, but sadly wasn’t able to. But I don’t see why a good idea can’t be recycled and used to maintain the relatively good relationships I have with my surviving family members!

Quotation That Resonated With Me

“Belief, as I use the word here, is the insistence that the truth is what one would ‘lief’ or wish it to be. The believer will open his mind to the truth on condition that it fits in with his preconceived ideas and wishes. Faith, on the other hand, is an unreserved opening of the mind to the truth, whatever it may turn out to be. Faith has no preconceptions; it is a plunge into the unknown. Belief clings, but faith let’s go.”

I really appreciated Helena Georgiou’s portfolio, where she captures ordinary people passing by interesting and vibrant parts of the urban landscape. 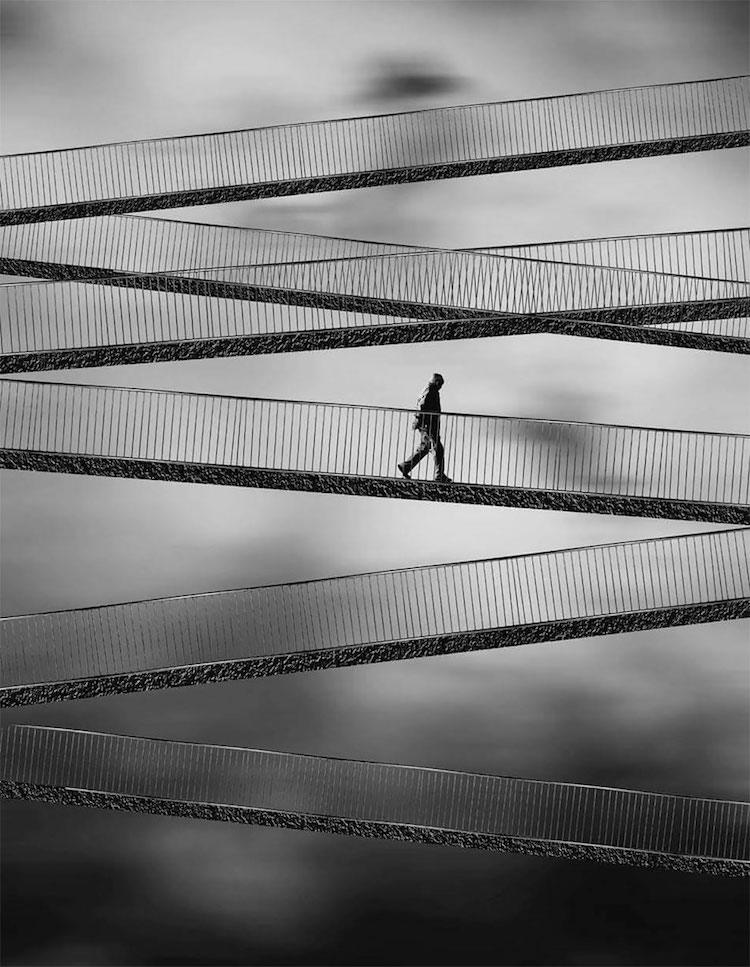 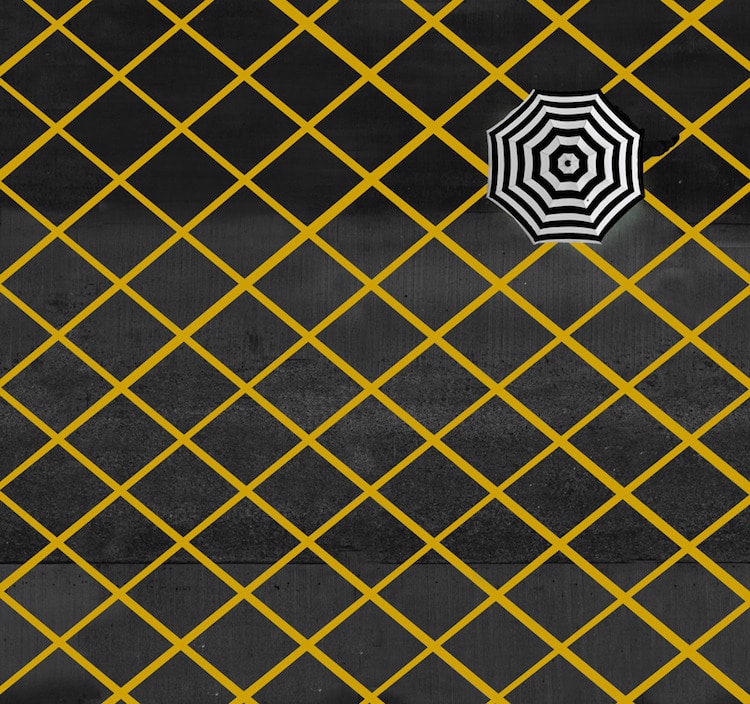 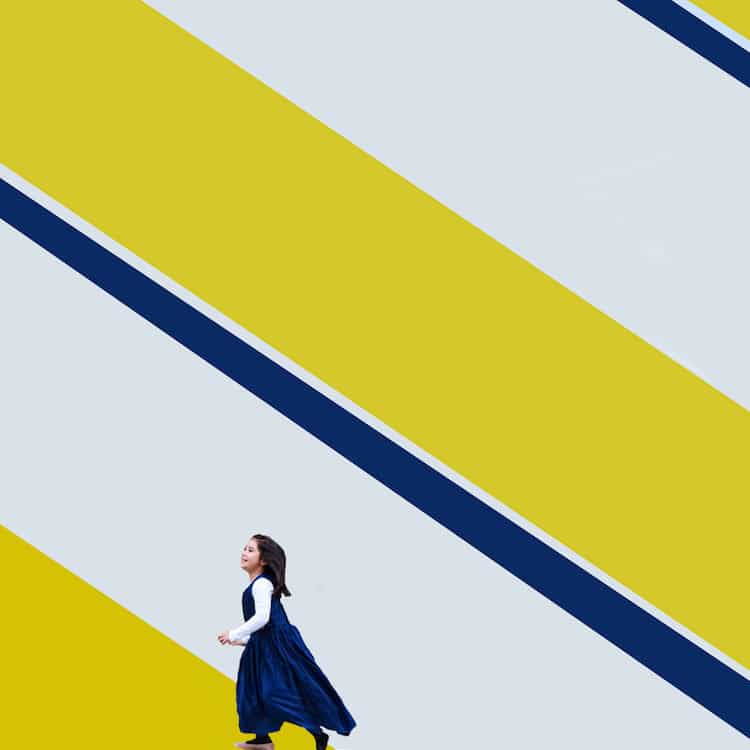