For the past few weeks I’ve been running a group of players through the Dungeons and Dragons adventure Princes of the Apocolypse and while, on the one hand, it’s been a lot of fun I’m having to make a lot of adjustments to get the adventure properly started. Specifically, I’m fixing the way that the adventure absolutely fails to really foreshadow things. This lack is a serious problem in my opinion; the players don’t really get exposure to the different weird cults, the power organizations’ members (e.g., Harpers or Zhentarim), or other mysteries in an organic fashion: instead, DMs are tasked with dumping a lot of information on the players in (to my eye) awkward and blunt ways. Making things worse, the major ‘hook’ in the adventure — the travelling troupe from Mirabar — just comes out of nowhere, with the PCs not really appreciating the group’s significance or reasons for why the PCs should really care.1

To address some of these limitations, I started my players in Neverwinter and as a part of an adventuring society, ‘The Order of Three Feathers.’ After meeting with the heads of their society and, also, organically receiving a few early adventuring hooks the PCs went off to the region to investigate bizarre occurrences. On their trip I dropped in the Starsong Tower adventure, with modifications: a hill arose near them during the night, with light being emitted from a crack in the side. Within, they found a lost fortress of Lathander (God of the Rising Dawn) which had been discovered, and converted, by members of the Cult of the Eternal Flame. My modifications mostly just entailed rescinding the adventure, and replacing Savrin (the spectre) with Savrin (a Flame Guardian). All of the cult members were, also, members of the Bronze Lions adventuring party: I intend, later on, to use this enemy adventuring party as a kind of band of hunters, who will seek to disrupt the PCs and other cults. Also, the dead adventurer carrying the wand of mending turned out to be a Harper agent (denoted by a Harp pin on the body) who was working in service of the Culture of the Crushing Wave.

Before the PCs start into the Feathergate Spire adventure, where they’ll run across yet another cult, I’ll be exposing them a little more symbology surrounding the Elder Elemental Eye so they’ll be keyed to watch for, and be mindful of, its symbol in relation to any of the cult symbols. The goal of all the foreshadowing is to organically make the later information the PCs collect be more understandable. As the module is written, at least to my eye, the players are expected to make pretty wild jumps to link all the groups and clues; hopefully the early additions (and frequent little notes and such I plan to add throughout the sessions) will help to reveal the actual plot and transform a principally dungeon-crawl game into something that’s more dramatic and epic from a storytelling perspective.

“The simple act of paying attention can take you a long way.”

Paul Johnson’s work, showcased at Colossal, reveals the power of water and its ability to transform lands and spaces humans have terraformed and built upon. 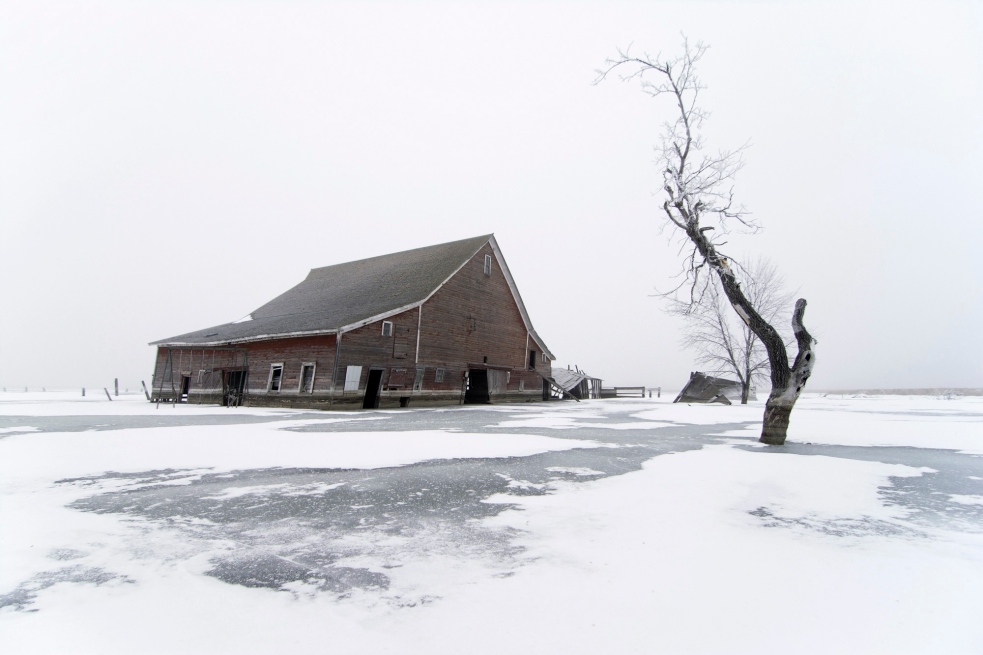 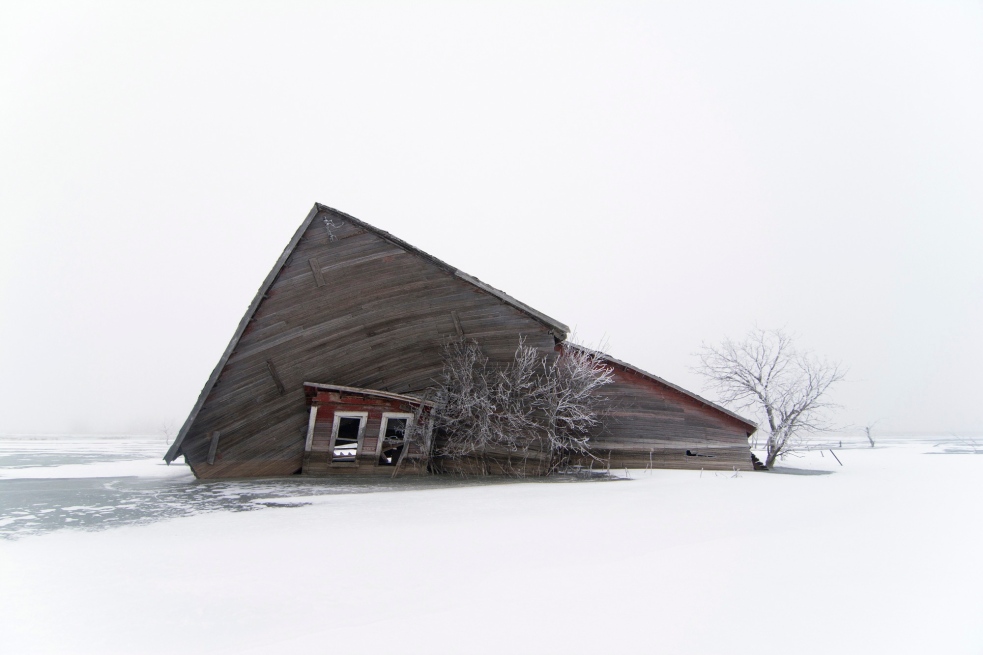 It turns out that I liked a lot more songs in June than I’d expected. The 53 songs bias towards rock, rap, and pop, and are from about a decade and a half or so of different albums. I’d totally forgotten about Bran Van 3000’s “Drinking in L.A.”!

I’ve now run the Dungeons and Dragons starter set, Lost Mines of Phandelver, for two separate groups. In both cases, the players were entirely new to 5th edition D&D; in the second case, none of the players had played a tabletop role playing game before, let alone D&D. In both cases, I spent a lot of time both doing some unique quest preparation—building out encounters that I thought would enhance the campaign as it unfolded for the relevant groups—as well as developing extensive playlists for the games.

All of my music is organized around Apple Music, and largely derived from my Dungeons and Dragons — Master List playlist. The following list outlines the different playlists that I used; feel free to adopt them for your own play through of the Lost Mines of Phandelver, or for any other adventures that you may be running!

I’m generally a massive fan of playing music while running the game; I find that customizing the music has a useful effect of helping me get into the mood, to say nothing of it working to enhance my players’ experiences. And in the case of new players, in particular, I’ve always found that adding music really helps to transport them into the world in ways that are almost unparalleled!

Over the past few days I’ve done some listening on balancing encounters in 5e D&D. In a pair of successive episodes on The Tome Show earlier in 2015, Andy, Sam, and Mike have repeatedly noted that it is far more challenging to balance encounters in a post-4e world and that, moreover, the “math is broken” in 5e D&D.

I’m sympathetic to these concerns. But as someone who admittedly always preferred the pre-CR days (i.e. 2nd Edition AD&D and earlier) I think that this is a good problem to have. I’ve always just sort of guesstimated the kind of encounter that I wanted to generate in order to advance a story and went from there; that often means that a 1st level party of 5 adventurers might be up against dozens or hundreds of opponents and that, if they don’t play very, very smart, they will all either have to flee (and hopefully not get hunted down afterwards) or perish.

I don’t tend to run what I’d consider lethal games, though it’s pretty normal for the PCs to have to retreat if they’ve adopted a bad tactical or strategic approach to engaging with an encounter. I’ve also always seen adventurers as borderline insane, insofar as they tend to run towards dangers that no normal person would ever consider to be reasonable or appropriate. Good adventurers are those that learn to think through an encounter prior to taking it on and, in some cases, recognizing when they’ve gotten themselves in too deep and the ‘adventure’ is figuring out how to extricate themselves with minimal loss of life and limb.

This isn’t to say that I, or any other DM, should or want to just hurl the world at PCs to watch them perish. Instead, it’s to say that unbalanced encounters — where the PCs cannot necessarily win, and have to simply exit the field of battle — are not inherently bad. Of course the PCs still have to succeed routinely enough that they are ‘heroes’ in their own eyes and the eyes of the peasantry/nobles/etc. But always knowing that an encounter is structured so that you can mathematically succeed just isn’t how the world tends to work and, so, I think it’s perfectly OK to develop adventures that are intentionally very dangerous. It’s been my experience that players will usually rise to the challenge and succeed in ways that I’d never considered, and part of the stories they take away from my games is the bizarre and awesome ways that they figured out how to overcome what was mathematically an ‘unbalanced’ encounter.

I use Ulysses to organize most of my D&D stuff; here’s the basic Markdown template I use for monsters (some additional items can be added for more advanced monsters, such as those with special abilities and spells).

Stones of Silencing appear as dull silver balls with small grooves on one hemisphere of the sphere. They radiate a grey light for the duration of their activation

The Shadow Thieves are best known for developing and using these items to carry out assassinations in centuries gone past. There were originally only a few dozen created — merely for the assassins within the guild — but since then copycat wizards and spell hurlers have created (and sold) them to adventurers, nobles, and even more dangerous folk.

These items are prized by thieves and assassins and are generally feared most by spell casters. To prevent their own creations from being used against themselves, many wizards have included ways of de-activating one of their Stones of Silencing using somatic gestures. Those gestures are often closely guarded secrets and left unknown to whomever purchases one of these items from the creator.

1/day the owner can cast a Silence spell in a 10 ft. radius from the stone as an action. It lasts for 10 minutes. There is no concentration requirement and the power can be dismissed by the owner as a bonus action.

Many of these are amazing, in that they show how one of the most adored fantasy world’s maps began just as those used in most homebrew D&D games.