Lustgarden, writing for the New York Times, has probably the best piece on the national security and geopolitical implications of climate change that I’ve recently come across. The assessment for the USA is not good:

… in the long term, agriculture presents perhaps the most significant illustration of how a warming world might erode America’s position. Right now the U.S. agricultural industry serves as a significant, if low-key, instrument of leverage in America’s own foreign affairs. The U.S. provides roughly a third of soy traded globally, nearly 40 percent of corn and 13 percent of wheat. By recent count, American staple crops are shipped to 174 countries, and democratic influence and power comes with them, all by design. And yet climate data analyzed for this project suggest that the U.S. farming industry is in danger. Crop yields from Texas north to Nebraska could fall by up to 90 percent by as soon as 2040 as the ideal growing region slips toward the Dakotas and the Canadian border. And unlike in Russia or Canada, that border hinders the U.S.’s ability to shift north along with the optimal conditions.

Now, the advantages faced by Canada might be eroded by a militant America, and those of Russia similarly threatened by a belligerent and desperate China (and desperate Southeast Asia more generally). Regardless, food and arable land are generally likely to determine which countries take the longest to most suffer from climate change. Though, in the end, it’s almost a forgone conclusion that we are all ultimately going to suffer horribly for the errors of our ways.

Lawfare has a good piece on How China’s control of information is a cyber weakness:

“Policymakers need to be aware that successful competition in cyberspace depends on having intrinsic knowledge of the consequences a democratic or authoritarian mode of government has for a country’s cyber defense. Western leaders have for a long time prioritized security of physical infrastructure. This might translate into better cyber defense capabilities, but it leaves those governments open to information operations. At the same time, more authoritarian-leaning countries may have comparative advantages when it comes to defending against information operations but at the cost of perhaps being more vulnerable to cyber network attack and exploitation. Authoritarian governments may tolerate this compromise on security due to their prioritization of surveillance and censorship practices.

I have faith that professionals in the intelligence community have previously assessed this divide between what democracies have developed defences against versus what countries like China have prepared against. Nonetheless this is a helpful summary of the two sides of the coin.

I’m less certain of a subsequent argument made in the same piece:

These diverging emphases on different aspects of cybersecurity by democratic and authoritarian governments are not new. However, Western governments have put too much emphasis on the vulnerability of democracies to information operations, and not enough attention has been dedicated to the vulnerability of authoritarian regimes in their cyber defenses. It is crucial for democratic governments to assess the impact of information controls and regime security considerations in authoritarian-leaning countries for their day-to-day cyber operations.”

I really don’t think that intelligence community members in the West are ignorant of the vulnerabilities that may be present in China or other authoritarian jurisdictions. While the stories in Western media emphasize how effective foreign operators are extracting data from Western companies and organizations, intelligence agencies in the Five Eyes are also deeply invested in penetrating strategically and tactically valuable digital resources abroad. One of the top-line critiques against the Five Eyes is that they have invested heavily on offence over defence, and the article from Lawfare doesn’t really ever take that up. Instead, and inaccurately to my mind, it suggests that cyber defence is something done with a truly serious degree of resourcing in the Five Eyes. I have yet to find someone in the intelligence community that would seriously assert a similar proposition.

One thing that isn’t assessed in the article, and which would have been interesting to see considered, is the extent(s) to which the relative dearth of encryption in China better enables their defenders to identify and terminate exfiltration of data from their networks. Does broader visibility into data networks enhance Chinese defenders’ operations? I have some doubts, but it would be curious to see the arguments for and against that position.

Over at Technology, Thoughts, and Trinkets I’ve written that:

Last month, Public Safety Canada followed through on commitments to review and consult on Canada’s national security framework. The process reviews powers that were passed into law following the passage of Bill C-51, Canada’s recent controversial anti-terrorism overhaul, as well as invite a broader debate about Canada’s security apparatus. While many consultation processes have explored expansions of Canada’s national security framework, the current consultation constitutes the first modern day attempt to explore Canada’s national security excesses and deficiencies. Unfortunately, the framing of the consultation demonstrates minimal direct regard for privacy and civil liberties because it is primarily preoccupied with defending the existing security framework while introducing a range of additional intrusive powers. Such powers include some that have been soundly rejected by the Canadian public as drawing the wrong balance between digital privacy and law enforcement objectives, and heavily criticized by legal experts as well as by all of Canada’s federal and provincial privacy commissioners.

The government has framed the discussion in two constituent documents, a National Security Green Paper and an accompanying Background Document. The government’s framings of the issues are highly deficient. Specifically, the consultation documents make little attempt to explain the privacy and civil liberties implications that can result from the contemplated powers. And while the government is open to suggestions on privacy and civil liberties-enhancing measures, few such proposals are explored in the document itself. Moreover, key commitments, such as the need to impose judicial control over Canada’s foreign intelligence agency (CSE) and regulate the agency’s expansive metadata surveillance activities, are neither presented nor discussed (although the government has mentioned independently that it still hopes to introduce such reforms). The consultation documents also fail to provide detailed suggestions for improving government accountability and transparency surrounding state agencies’ use of already-existent surveillance and investigative tools.

In light of these deficiencies, we will be discussing a number of the consultation document’s problematic elements in a series of posts, beginning with the government’s reincarnation of a highly controversial telecommunication subscriber identification power.

I wrote the first of what will be many analyses of the Canadian government’s national security consultation with a good friend and colleague, Tamir Israel.

The subscriber identification powers we write about are not really intended for national security but will, instead, be adopted more broadly by law enforcement so they can access the data indiscriminately. Past legislative efforts have rejected equivalent powers: it remains to be seen if the proposal will (once more) be successfully rejected, or whether this parliament will actually establish some process or law that lets government agencies get access to subscriber identification information absent a warrant.

OTTAWA — The integrity of a federal “secret network” launched last year at a cost of millions to taxpayers is in question following an alleged hack this week that resulted in highly sensitive information becoming public.

It is possible, of course, to maintain the integrity of a network regardless of the number of people authorized for access, said Christopher Parsons, a fellow with the Citizen Lab at the Munk School of Global Affairs.

The potential for problems arises, however, when a weak link presents itself —and the more people brought in, the higher the chance a weak link will show up, Parsons explained, speaking broadly of classification and secure-network issues.

Based on the bit of information available at this point on this week’s incident, which comes mostly from Anonymous, it’s difficult to say whether the document was made available through a leak or a hack, Parsons said before offering five hypotheses making their way around:

The first is that some individuals found a way to remove redactions on a previously released document. Secondly, it’s feasible someone within Treasury Board accidentally shared the file through a program, innocuously moving it from the classified to unclassified network. The third possibility is similar, only the move from a secure to un-secure environment was intentional.

Another option still is that an employee’s laptop or device was infected with malware.

“Or, it could be, legitimately, the individuals calling themselves Anonymous this time successfully penetrated some element of the Treasury Board’s network,” Parsons said.

“Some of the government’s Crown Jewels lie in the Treasury Board’s networks. Having unauthorized parties within them would be a serious breach of not just cyber security, but national security … If one party is doing it, there’s no reason to think another party, like a foreign government isn’t doing the same thing.”

OTTAWA—Canada’s spies admit they can’t keep up with daily cyber attacks from state-sponsored hackers, according to an internal report obtained by the Star.

Christopher Parsons at University of Toronto’s Citizen Lab said the documents point to a larger conflict that’s largely been taking place behind the scenes — the militarization of the Internet.

“Canada is hardly alone as the target — or originator — of state-sponsored hacking,” Parsons said.

As countries, including Canada, continue to develop both offensive and defensive Internet capabilities, he said it’s become urgent to come to an international consensus of what counts as legitimate targets in the Internet age.

“The internet has become militarized behind the backs of most citizens, and I think that if we’re not going to roll back that militarization entirely … at the very least principled agreements about what are legitimate and illegitimate modes of militarization have to be established,” Parsons said. 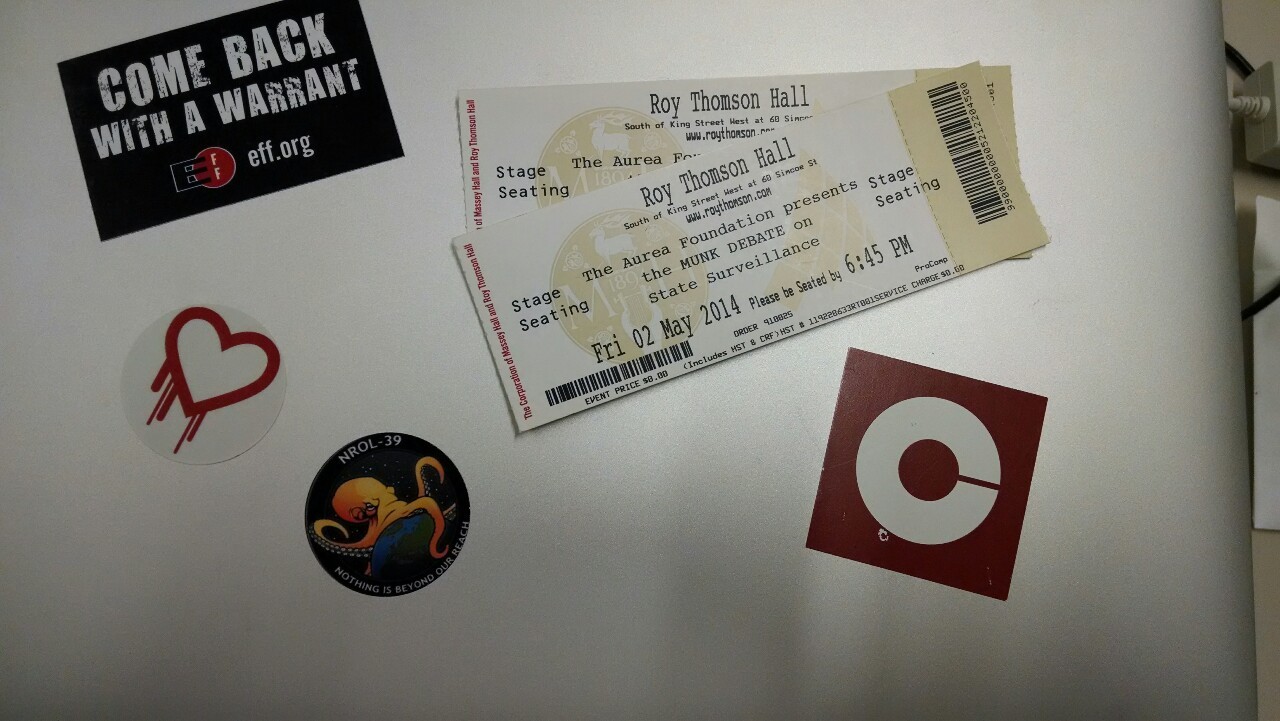