For the past many years, each month has come with a set of recurring expenses: reducing the debts of various kinds that were incurred as a result of pursuing my education (and current career). These debts have been a millstone hanging from my neck and, at different times, were the first and last things I thought of each and every morning. They’ve cost me dearly both in terms of finances, in terms of lost opportunities, and in terms of personal loses and sacrifices. They have also formed a core element of my ‘financial identity’ for many years and, with their payment, I’m left struggling to determine what that identity should ‘be’ going into the future. Is my future to (probably without effect) save for a down payment on a property (this is functionally impossible in the city in which I live) or save for retirement (in the hopes that’s even possible) or something else entirely? I don’t know what that identity becomes but I am curious, trepidatious, and somewhat excited to see what the future may hold.

“Being a strong man includes being kind. There’s nothing weak about being honorable and treating others with respect.”

I found Tom Hegen’s shots to be really eerie this month. He has a series of photos that capture Holland’s LED greenhouses, which I find to be incredibly dystopic. Our future as a species: growing our foods indoors because we have so damaged the natural environment that this is all that’s left for us. 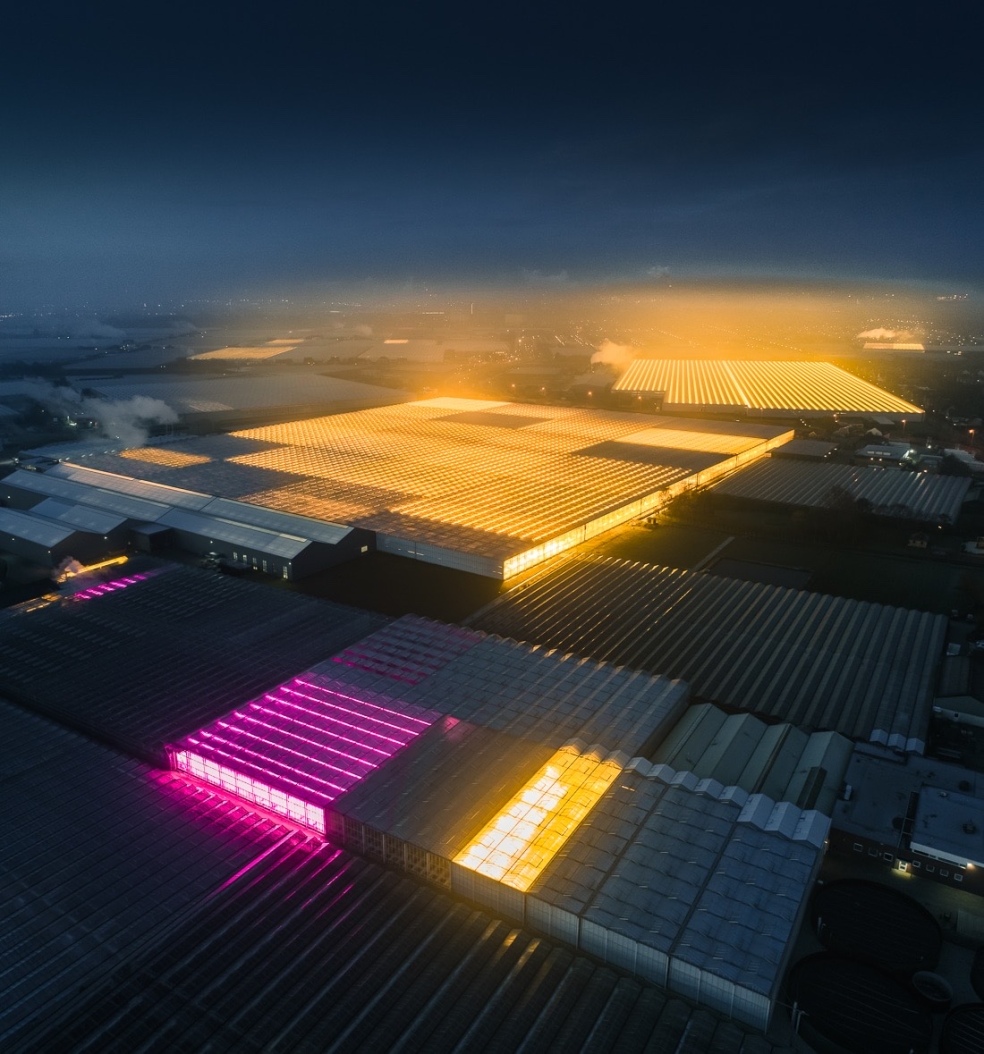 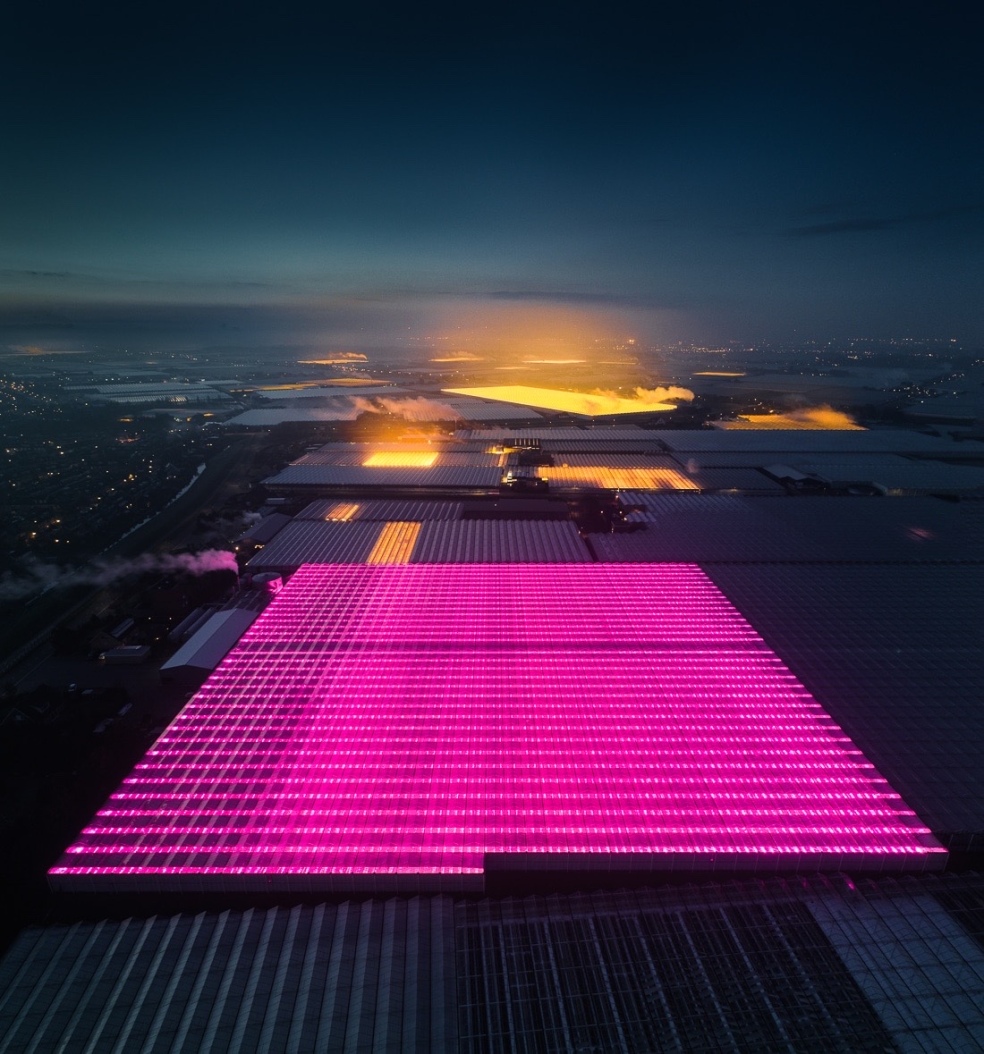 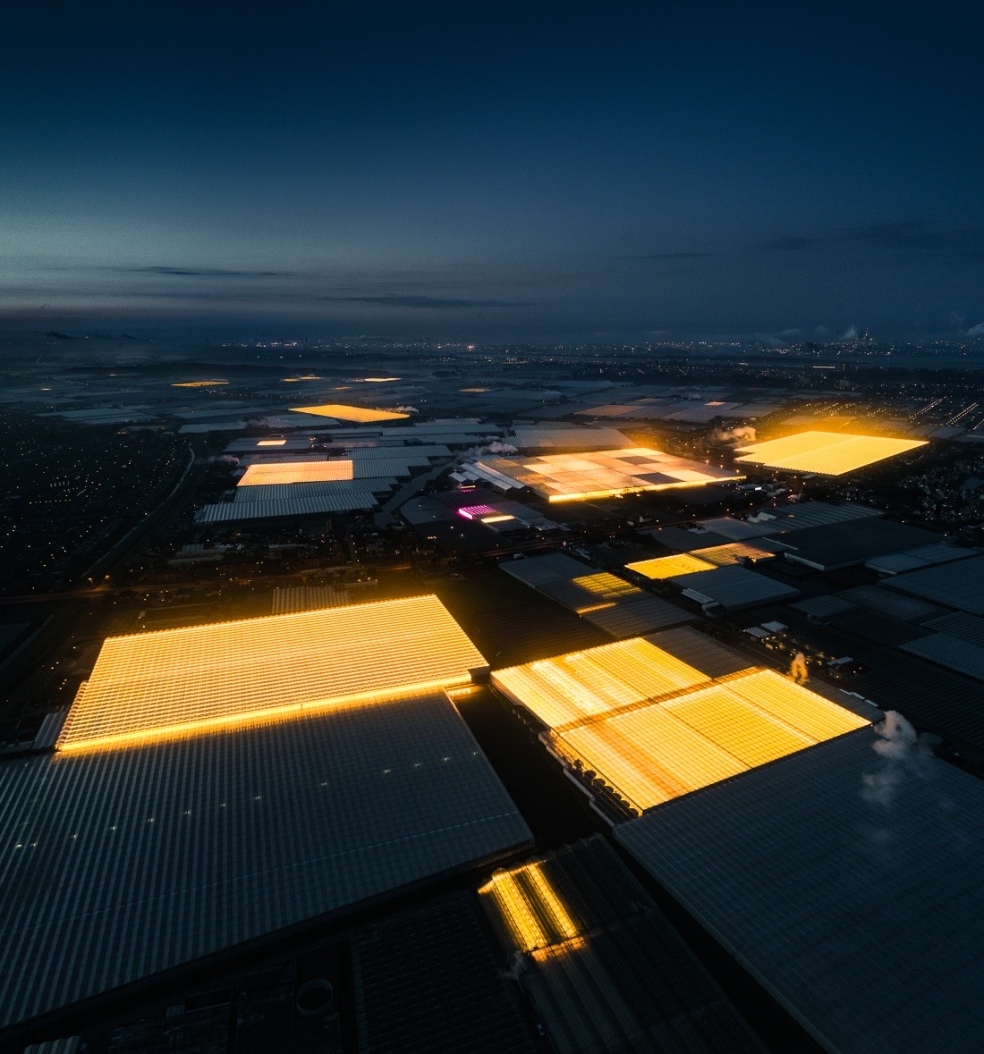 “Talking about our problems is our greatest addiction. Break the habit. Talk about your joys.”

The whimsy, symmetry, and lines of these bowling alleys make me want to go bowling in Germany! 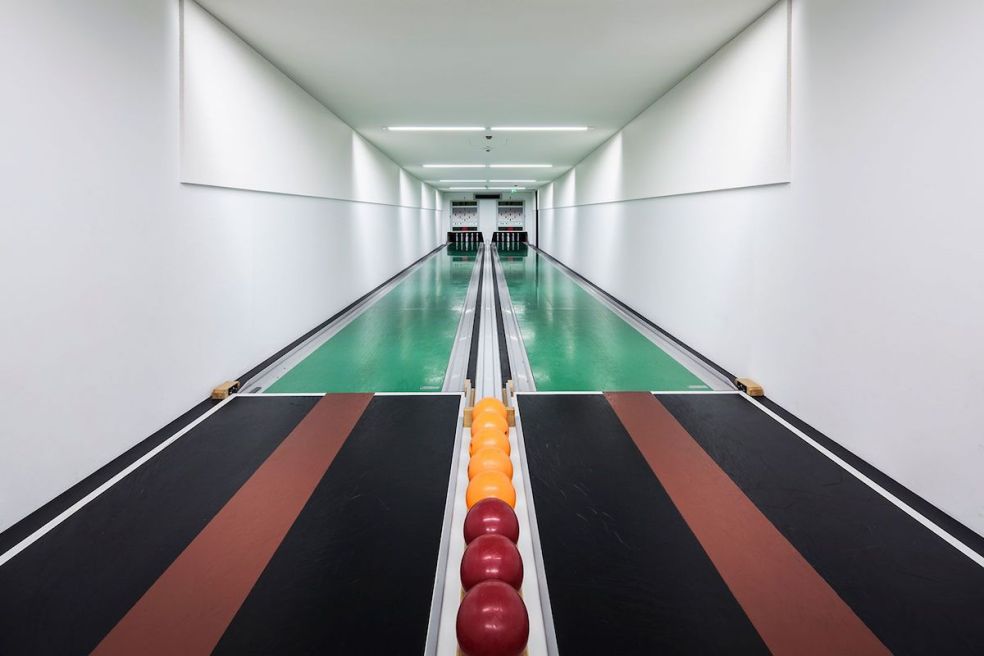 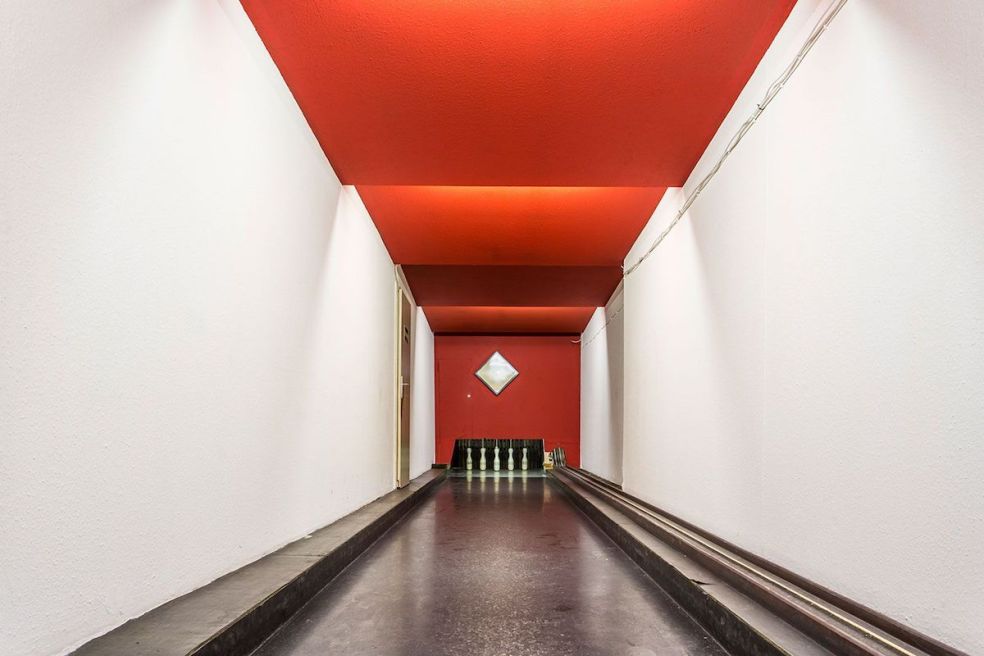 So Apple has announced all the big changes forthcoming in iOS 13. While lots are great and exciting, the update still won’t bring baseline feature parity between MacOS and iOS core applications. The result is that serious users of consumer MacOS applications can’t fully transition to iOS or iPadOS. What’re just two baseline things that are missing, from my self-interested perspective?

I get that smart lists may not be everyone’s deal, but self updating lists are pretty important in how I manage and organize data. To give an example, I use smart lists in Photos to determine what camera I used to take which photo. Does this matter for lots of people? Probably not, now that smartphones have colonized the photography business. But for someone like me who wants to know such metadata, the absence of it is noticeable.

I don’t know why, it you can’t check aperture, shutter speeds ISO, or other basic camera features in Apple Photos, in iOS 12 or 13. Nor can you create a title for a photograph. Again, as someone who takes tens of thousands of photos a year, and reviews them all to select a rarified thousand or two ‘keepers’ each year and titles many of those kept, I really want to record titles.1 And it drives me nuts that I can’t.

I get that there are a lot of pretty amazing things coming in iOS 13. But can’t these pretty table-stakes things come along? These aren’t ‘Pro’ features: there’re the baseline features that have been available on consumer apps in MacOS for years. You shouldn’t need to own and use a Mac to enjoy these capabilities.

“Society is not some grand abstraction, my friends. It’s just us. It’s the words we use, which are the thoughts we have, which determine the actions we take.”

I really appreciate some of the great shadows that come out in these shots over at Mobiography.

Having figured out the problem of songs not being added to my ‘Songs I Love’ lists, my monthly lists are going to be a lot more expansive than those in the past. My May 2019 list clocks in at around 5 ½ hours, with a mix of hip-hop, rap, pop, and a bit of alternative and rock.

For the past several months I’ve been trying go determine just what has been going on with my Apple Music smart playlists. Specifically, I have a playlist that is supposed to update with all the songs that I’ve liked over the past 3 months. However, the playlist hasn’t properly been updating…and now I know why. If you ‘love’ a track in iTunes (i.e., on MacOS) then the track is automatically added to your iCloud Music library and then added to my smart playlist. If, however, you ‘love’ a track in the iOS Music application then the same does not happen: you signal to Apple’s machine learning algorithms that you like the song for purposes of Apple creating playlists for you, but the song won’t be added to any smart playlists that you have created for yourself. What’s worse, there’s no way to go back in time and determine all the songs that you’ve liked in the past in the Music application, so that you can’t retroactively add them to your own ‘loved tracks’ playlist.

This is simply absurd: it means that people who exclusively and heavily use Apple Music and expect a baseline feature parity between the music players have to use a non-mobile ‘solution’ in liking music, if we want to have an ongoing record of what we like. I’d think this was a random bug but, apparently, based on the forums I read this has been an ongoing problem for over a year. I’m incredibly disappointed that Apple has chosen to behave this way and struggle to understand why they’ve let this decision stand.

At present, the only ‘solution’ that I can find is to reflexively go and add albums after I’ve listened to them, if I’ve liked any tracks in them; otherwise I need to manually go through the process of adding tracks to a library (which strikes me as too involved a process). To say this is disappointing is a gross understatement.

Our relationship with food, wholly transformed since the ’60s in ways both heartening and horrifying, has lost touch with a truth none of us can afford to leave behind: Cooking isn’t a luxury; it’s a survival skill.

I’ve been enjoying Om Malik’s photography for a bunch of time now; I think what I’m really appreciating is the grittiness of the images, combined with the (perception of) low resolution/throwback images from the 1960s and 70s. I don’t know that all of the elements he includes are ones that I want to imitate, but I appreciate the distinctive style that he’s developed over the pat few years. Some of the photos, below, are from his May 6, 2019 outing titled “A morning at the Huntington Beach”

The fact that it was [sic] responsibility not of the RCMP but of the employer, whether government department or private company, to actually remove a security risk from employment, that is, to exercise direct coercion, is precisely in line with the panoptic element. The RCMP merely watched, gathered information, and provided advice, silently and in the shadows. The effect was to induce political discipline through pervasive, diffuse fear of the consequences of risky ideas, friends, or associations. Totalitarian states enforced political discipline through cruder forms of police state coercion. In fighting the Nazi state, Canada was also groping towards a more effective, non-coercive, form of discipline. The RCMP provided to be able students of the new science of political surveillance.

Do I recommend iPad Pro? Kinda sorta? If you do a lot of professional work on it or require a secure device and can’t live in ChromeOS (i.e. the Venn circles I live in) then it’s a terrific option. Otherwise…consider whether the 9.7″ (2018) iPad is better for your life (and pocketbook).

The top 25 photos posted to Flickr in 2018 are just absolutely stunning.

Welcome to this edition of The Roundup! Enjoy the collection of interesting, informative, and entertaining links. Brew a fresh cup of coffee, make a tea, or grab yourself a drink, find a comfortable place, and relax.

Ugur Galenkus’ work is not easy to look at, but constitutes an important artistic intervention by juxtaposing the lives of those in war torn parts of the world with those in the West. 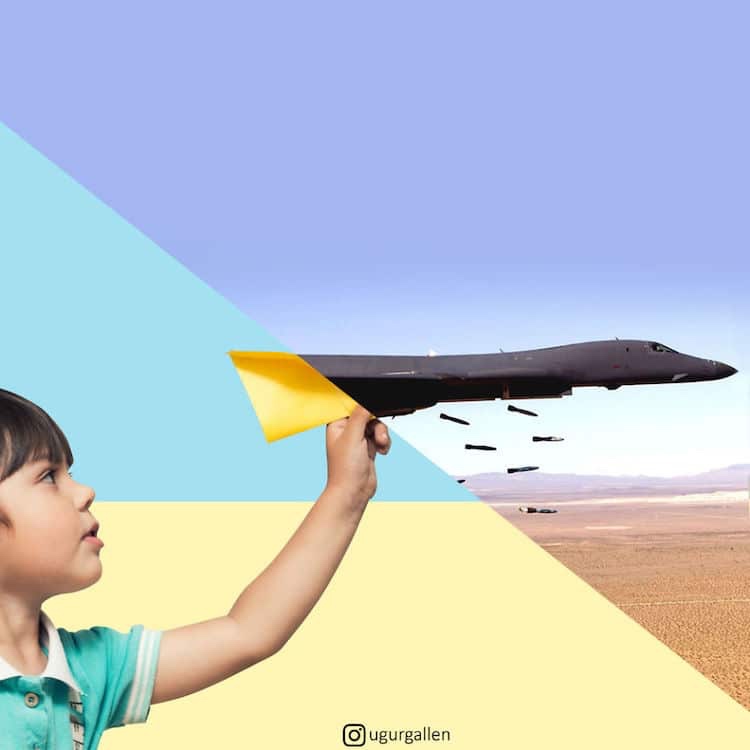